When Adopted Children Want to Meet Their Birth Parents

Many times, adopted children want to meet their biological parents at some point in their lives. This can be an extremely emotional time, and one to deal with very carefully. This story explains a bit of the guidelines set in place for some families for successfully managing what is often an unpredictable experience. Reading through it may help if you are looking to begin the process of looking for your birth parents, or meet them for the first time.

I first met my birth father in the parking lot of a Holiday Inn near Indianapolis. I was 18. We had been working toward this moment for three years. Letters. Phone calls. Even mix tapes. “Hey, kid,” my birth father, Jimmy Godwin, said in his bourbon-barrel baritone. He held out his hand. I was nervous, but knew this wasn’t a handshake meeting. I hugged Jimmy, who seemed startled, but hugged me back. We went inside, and our first conversation was surreal and overwhelming, but afterward, he wasn’t a mystery anymore, and neither was I.That 1989 visit laid the foundation for what proved to be a complicated but loving relationship that lasted until Jimmy’s death in 2008.

Adoption experts say first-time meetings between adult adoptees and their birth parents are becoming more common among the more than five million American adults who were adopted as children. The popularity of online genetic services like Ancestry.com and 23andMe is a significant factor, along with social media and the trend toward open adoptions.The interpersonal dynamics of these reunions vary with the nature of the adoption. I grew up with my birth mother and adoptive stepfather.

Adoptees like me have a very different perspective than someone who was adopted internationally, for example, or domestically through a closed adoption or foster care. Still, those who’ve studied and experienced adoptee-birth parent reunions say there are some guidelines they’d suggest for successfully managing what can be an extremely emotional and unpredictable process.

Pam Slaton has been running an investigative genealogy service, based in Lumberton, N.J., tohelp adoptees find and connect with their birth parents for more than 20 years. She founded
her company after her own birth mother refused to meet with her during a phone conversation in 1994. She advises adoptees and birth parents, “Take it step by step. It’s a little like dating. Have one conversation, then another.” Ms. Slaton said she often has to reassure clients who tell her, “I’m afraid they won’t like me” or “I have to lose weight.” “So much anxiety goes into that first meeting,” she said. That’s why it’s better to give yourself time. “It’s a lot to process.”

One complicating factor for many birthparent-adoptee reunions is when the adoption may have
involved or resulted from trauma. April Dinwoodie is a writer, podcaster and the founder of Adoptment, a mentoring program for youth in foster care. “This is some of the hardest identity and relationship work that anybody does in this life,” said Ms. Dinwoodie, who lives in Harlem. Adopted from foster care, she grew up the brown-skinned daughter of a white couple who also
had three biological children. When Ms. Dinwoodie reached out to her birth mother, “She toldme, ‘I don’t know who your father was. I was raped. And hearing from you has made me really
depressed.’ It was devastating.” Still, Ms. Dinwoodie said, “I would do it all again in a second. Because knowing is better than not knowing.”Later, after her birth mother’s death, Ms. Dinwoodie’s half-siblings reached out to her. Shedescribed their first meeting as “very emotional.”

To help her get through it, Ms. Dinwoodie brought along her adoptive sister. Ms. Dinwoodie recommended that anyone going through this process should “find yourself as much support as you can.”Adam Pertman, president of the National Center on Adoption and Permanency, echoed this.“Having the support of the adoptive parents is really important — if you can get it,” he said.Mr. Pertman and his wife have two grown sons they adopted as infants. As parents, they’ve encouraged their sons’ reunions with their own birth families. In fact, Mr. Pertman and his wife attended the wedding of their younger son’s biological grandmother. “They’re extended family members, comparable to in-laws,” he said. To other adoptive parents whose children are searching, Mr. Pertman, the author of “Adoption Nation: How the Adoption Revolution is Transforming Our Families — and America,” said, “Be supportive. This is not a betrayal. This is a human being looking to complete the picture of his orher life.” 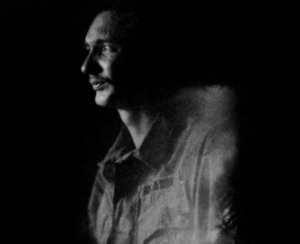 Kelly Halley of St. Louis was grateful when her adoptive parents expressed support (albeit
tempered by concern) when she arranged to meet her birth mother and half sister at a restaurant in 2006. (Another adoption pro tip: hold that first meeting at a neutral site.) “There was a lot of hugging,” Ms. Halley said. She loved looking at the family photos her birth mother had brought. “More than anything, I suggest bringing photo albums or just a batch of photos, preferably hard copies,” she said. “They are natural conversation starters.” Ms. Halley and her husband are now the adoptive parents of a 2-year-old daughter, Lilou, whose birth parents met and selected the Halleys but requested no contact. “We talk about them with Lilou so that it won’t be a big surprise later,” she said. “I do hope that maybe someday her birth parents change their minds about meeting her.”

Don’t Wait Until It’s Too Late

Days after I interviewed Ms. Slaton, author of “Reunited: An Investigative Genealogist UnlocksSome of Life’s Greatest Family Mysteries,” she sent the following email: “My birth mother showed up at my front door today. This after 23 years …. She is dying of cancer. She’s still here but left to make a call in her car. I’m stunned.” The two women talked for hours. They have the same eyes. Same sense of humor. Later, Ms. Slaton told me she felt as if a weight had been lifted — one she hadn’t even realized she’d been carrying.Ms. Slaton finally got to tell her birth mother (who’d gotten pregnant at 16) that she appreciated the good life she was able to have with her adoptive family. She told her birth mother, “I have loved you forever.” In response, “She had tears in her eyes,” Ms. Slaton said, “and only mustered ‘Wow.’”Ms. Slaton still counsels a gradual approach. And of course there are cases like Ms. Dinwoodie’s where there is not a happy ending between parent and child. But after her own reunion, Ms. Slaton offered this emphatic plea to birth parents who’ve refused to meet their adult child face-to-face: Please reconsider. “Being able to look each other in the eyes, to have that closure,” she said, “that can be so healing for everyone.”This article was originally posted on the NY Times website. Graham Shelby, a writer in Louisville, Ky., is working on a book about his relationship with his birth father.If you are facing an unplanned pregnancy, please reach out. We can help you talk through all of your options and choose what is right for you. 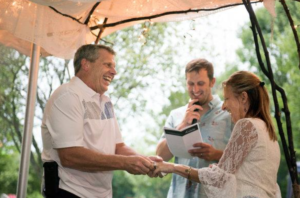 Adoption is full of love, emotion, and sometimes, distance.  This touching story is about a couple who gave their child up for adoption at a 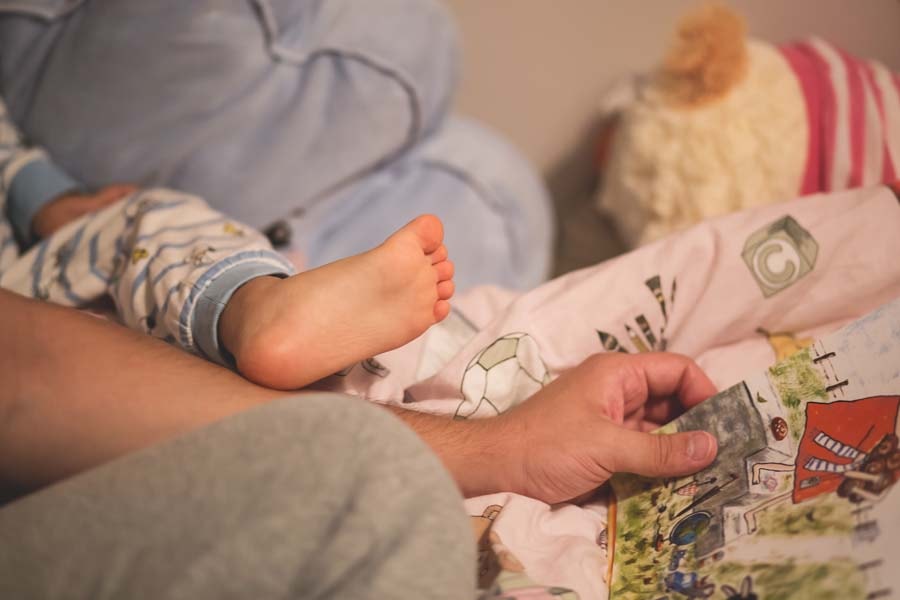 Adoption In the News