Adoption and the Single Guy

Adoption is often very touching and heart-warming, and this story* proves no different. If you are a male thinking of adopting, but you are single and unsure if you can still adopt, please contact us! We are happy to address your concerns and help you through the adoption process! Single males make up 3% of all adoptions, and while that is a small percentage, it is a growing number, and one to be confident and proud will continue to grow. Children love having a male role model in their life, and watching their parent go through any ups and downs in life with their job, relationships or home life, only strengthens the bond and helps the children learn. Let us know what you think about this story, and single men adopting children.:

Steven Arauz, a Central Florida elementary school teacher, is one of a tiny but growing number of single men in the United States who are adopting children from foster care. Mr. Arauz, now 30, adopted his son, Quinton, whom he met as a student in his fourth-grade class at Indigo Christian Academy in Daytona Beach.

At the time Mr. Arauz decided to foster Quinton, who had been bounced around through five different foster homes since the age of 5, he had no intention to adopt him.

“He was a mess,” Mr. Arauz said, recalling that Quinton, 10 at the time, was 25 pounds overweight, riddled with anxiety, destructive, resistant to verbal and physical affection, pulling out his hair and eyebrows and failing in school. “He had no idea what it was to be loved or to return love.”

They got off to a rocky start, as Quinton repeatedly lied, did poorly in school and drilled holes into Mr. Arauz’s apartment walls. After two or three weeks, Mr. Arauz called the foster care agency, saying, “I don’t know if I can do this.”

He got Quinton into counseling, put him on a vegetarian diet and helped him improve his grades.

Quinton soon started to look better. He lost weight and his hair and eyebrows grew back. But emotionally, he was still floundering and resisting affection. He refused to say or hear the word “love,” which had a negative connotation for him.

Thanks to his weight loss, Quinton needed some new clothes, so the two went shopping together. Mr. Arauz said that, thinking as a teacher, he turned the trip into a lesson and added up the purchases on his phone’s calculator. He said he told Quinton, “it’s coming from the money I would have used to go to the movies, to go out to eat at restaurants — that entertainment money, I’m using it on you.”

The reality of Mr. Arauz’s sacrifice struck a chord in Quinton. “That was the first time he came to me and said, ‘I love you,’ three months into the foster care arrangement,” Mr. Arauz recalled.

By that time, Quinton’s biological parents had lost their parental rights, and Quinton was available for adoption. But Mr. Arauz, only 27 at the time and single, hesitated. He felt he had no idea how to raise a child, especially an older child still working through the pain of his past. He said he told Quinton, “I don’t think it’s the best thing. You need a mom and a dad.”

But he sought guidance from a counselor, who pointed out that Quinton had made incredible progress in just a few months. He was blooming “like a flower unexpectedly growing in a shady spot,” just where he was. Realizing that he could indeed tackle single parenthood, Mr. Arauz adopted Quinton in 2016. Mr. Arauz changed jobs and the two have moved, but they’re still together at home and at school — he’s now Quinton’s sixth-grade teacher at Forest Lake Education Center in Longwood, Fla. 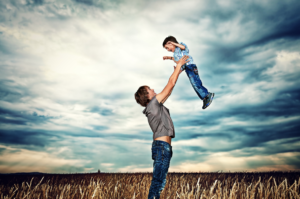 Mr. Arauz is part of a small but growing trend: single men who adopt. Pinpointing national adoption statistics is difficult, since adoptions occur through a variety of channels including foster care and private agencies and between individuals. According to numbers released in June 2016 from the Adoption and Foster Care Analysis & Reporting System, of the nearly 428,000 children in foster care, 53,549 were adopted with public child welfare agency involvement. In the majority of cases (68 percent), married couples adopt children from foster care, followed by single females (26 percent). Three percent are unmarried couples, and the remaining 3 percent are single males.

Although the percentage is low, Kathy Ledesma, national project director for AdoptUSKids, a project of the Department of Health & Human Services U.S. Children’s Bureau, said it represents a small increase — adoption by single males had been at 2 percent for many years.

“Historically, white married people adopted. But over the course of several decades, that paradigm has shifted,” says Adam Pertman, president of the Massachusetts-based National Center on Adoption and Permanency and author of “Adoption Nation: How the Adoption Revolution Is Transforming Our Families — and America.” Mr. Pertman cited changing attitudes, prejudices and societal shifts as having an impact on adoption. “Men didn’t perceive themselves as the right single parent and society didn’t perceive them as the right single parent. That is definitely changing,” he said. “It’s not a boom of a change. It’s an incremental one.”

Ms. Ledesma said there was a persistent bias within the child welfare system that children need mothers more than they need fathers, and that somehow children are safer with women than they are with men.

“That is not our experience at AdoptUSKids,” she said. The organization encourages placement professionals to look at prospective adoptive parents on their capacity to parent and to do so with the support of family and friends, and not base approval on a trait such as race, ethnicity, national origin or gender.

“One of the biggest myths is that a person has to be married to adopt,” Ms. Ledesma said. But single men and women account for roughly one-third of adoptions from foster care handled through child welfare agencies.

And, single or not, prospective parents don’t have to be rich or own their own home, said Gloria Hochman, director of communications at the Philadelphia-based National Adoption Center.

What prospective single parents do need, however, is a lot of self-reflection. Because it’s hard to raise a child alone, prospective parents should take stock of several key issues, including finances, lifestyle and support. Ms. Hochman offers these questions to consider, especially for singles, before plunging into the adoption process:

• Do I want one child or several?

• Can I raise a child through adulthood?

• Is the child going to be able to fit into my life and my lifestyle?

• Can I be a good, nurturing parent when I’m doing it by myself?

• Do I have enough money to raise a child and still hold a job at the same time?

• Do I have a strong support network of family and friends?

• Is my employer supportive of parenting in general?

Mr. Pertman noted the inherent issues in adopting from foster care. “You have whatever challenges that come along with being a single parent per se, and you have the challenges and rewards of raising a child who almost certainly has special needs at some level,” he said.

“Kids are in foster care because of trauma, because they were abused or neglected. The new parent has to raise the child with that understanding, with the skills and the resources that reality entails,” Mr. Pertman added. He said he hoped to see the adoption field move from a child-placement model to a family success model, where resources, services and support become part of the adoption process.

No one can promise a fairy-tale ending to any family’s story, but Mr. Arauz and Quinton’s life right now looks like a success: It includes surfing and kayaking, travel abroad and volunteering together.

“If love has changed Quinton, if all that happened in only half a year, I could only imagine what is to come,” Mr. Arauz said.

*This story was first published on

5 Amazing Ways You Can Support the Adoption Process

1. Be an Educational Force in Your Community Adoption is amazing and a beautiful way to build a family. The key to supporting families interested